Warning:
The Consumption of Alcohol is Not Recommended

What the Government Never Told You 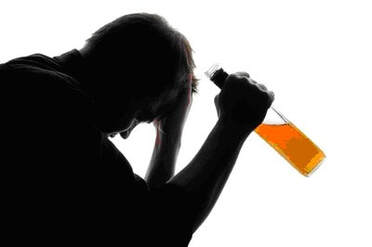 Alcohol is a powerful drug with properties that can make it toxic and addictive. Each year alcohol kills 100,000 Americans, and leaves thousands more in jails, hospitals, psychiatric centers - or homeless.

How Much Alcohol is Consumed

According to the Substance Abuse and Mental Health Services Administration (SAMHSA), over 65.5 billion beers, 13.7 billion glasses of wine, and 29.3 billion drinks of distilled spirits are consumed in the U.S. in one year.

However, while most Americans are light to moderate drinkers, the top 10 percent of American drinkers - 24 million adults over age 18 - consume, on average, 74 alcoholic drinks per week.

The Consumption of Alcohol is Not Recommended

The report said that alcoholic beverages supply calories but little or no nutrients.  Drinking has no net health benefit, is linked with many health problems, is the cause of many accidents, and can lead to addiction.  The report highlighted an association between alcohol intake and cancers and other medical problems.  It also stated that while some studies "may suggest" that moderate drinking is linked to lower risk for heart attacks, drinking is also linked to higher risk for high blood pressure and hemorrhagic stroke. The consumption of alcohol is not recommended.  This recommendation suggests that the best course of action for prevention, is not to place oneself in the position of suffering any problems from alcohol consumption in the first place.

A message from the federal government - even an advisory guide - saying that alcohol is unhealthy - even dangerous, was too much for the alcohol industry to tolerate.  They called out their lobbyists and lawyers, and had the government drop that statement which was released in 1991.

The federal government yielded to high pressure and the corporate interests over the health and safety of the public.

From that point on, government adopted the following stance regarding alcohol consumption.

Overall the NIAAA said that research shows few alcohol related problems for those who consistently remain at this level of alcohol consumption.

(2) Some People Should Never Drink

Some people should never drink.  It may be best for the following populations to totally abstain from drinking:
- women who are pregnant or trying to conceive;
- people who have a family history of alcoholism including children of alcoholics;
-  individuals who plan to drive or engage in activities that require attention
or special skills such as operating machinery, using firearms, boating or swimming;
- all children and young adults under age 21;
- and people who cannot consistently keep their drinking moderate or who have an alcohol problem.
These special populations may have risk factors for developing alcohol problems.

An alcohol problem is serious.  Alcohol can and does kill. Alcoholism is an addiction - one that seriously affects at least 10 percent of the people.

Abstinence is the best policy, but if one chooses to drink and consistently follows the moderate drinking guidelines, there is a low probability for developing alcohol problems.

If there is an alcohol problem one should always seek professional assistance.  Contact a local treatment agency or call the SAMSHA National Helpline (confidential) a 1-800-662-4357.