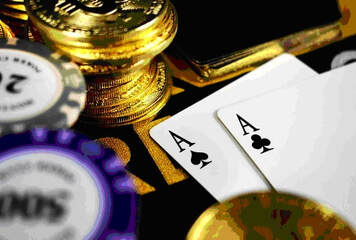 American children are hurting. They suffer needlessly. They suffer profoundly.  Teachers know this. So do the police, social workers, case managers, and family court judges.

So what is the answer?  Legislators across the country are now are approving casinos and numerous types of gambling venues which are placing even greater levels of stress and tension upon children already living in high levels of dysfunctional homes.

Compulsive gambling leads to many thousands of personal and family bankruptcies each year.  Gambling leads to lost homes, broken families, lost savings accounts, lost college funds, and to a dramatic increase in crime including embezzlement at business and industry.  It is strongly correlated with mental illness including anxiety disorders, depression, nervous disorders and suicide, and is associated with a rise in alcohol and drug use and abuse.  Furthermore, problem or pathological gambling also seriously affects the spouses, children, parents, and friends of the problem gambler.  Some states have reported that divorce tripled after the introduction of casinos.  Others reported an explosion in domestic violence.

Compulsive gamblers have increased from 10 million to 20 million over these past few years, with the greatest increase in those states that have legalized casino gambling (The National Gambling Impact Study Commission, Final Report.) Last year gamblers lost over $160 billion in gambling.

All states that have legalized gambling have found subsequent dramatic increases in the incidence of compulsive gamblers, and in crime, family dysfunction, divorce, bankruptcy, mental illness, and prostitution.  But by then it’s too late. Once legalized the states cannot reverse the trend and control the increase in the gambling addiction and negative consequences.

Casino gambling is often promoted based upon economic improvements - including more jobs - for the local community. But the ultimate cost in broken families, disintegrated communities, and a weaker society from gambling never even comes close to justifying it as a means to raise revenue.  There is now ample evidence pointing to exactly the opposite findings. Professor Robert Goodman (Center for Economic Development, University of Massachusetts), in his study entitled, "Legalized Gambling as a Strategy for Economic Development" describes the effect of gambling on local business and shows significant declines for selected area activities and businesses such as clothing stores, recreation services, business services, and auto dealers. Gambling can remove valuable resources from the community and can hurt small businesses and the overall economic development strategy critical for community sustain ability and growth.

Furthermore, research throughout the nation indicates that for every dollar the legalized gambling interests indicate is being contributed for taxes, it usually costs the taxpayers at least 3 dollars (and higher numbers have been calculated) because of major cost increases in the welfare, mental health, and the criminal justice systems.

The United States has had previous experience with widespread legalized gambling activities. With that proliferation, however, people realized the negative effects and started a trend to prohibit gambling activities, and by 1910 there was virtually no legal gambling in the US. Gambling activities were not just prohibited via state and local statutes, but these prohibitions were incorporated into most state constitutions to make it as difficult as possible for future generations to legalize gambling activities.

Gambling is once again exploding across America, but America is not ready for the consequences.  While many people gamble some citizens are caught up in an addiction every bit as powerful as drug addiction. For many their families are destroyed, their jobs are lost, their children are devastated and they have lost all hope.  The National Council on Problem Gambling has found this to be true and has also found that pathological gamblers have a suicide rate twenty times higher than non-gamblers.  They found that 46-52% of pathological gamblers borrow on or use up the cash value of their insurance policy, 47 percent abuse alcohol, and 42 percent are depressed. Also, there has been a significant growth in crime and associated problems in regions that have legalized gambling.  In addition, increasingly there are findings of the negative results on children - 42 percent of 14 year olds gamble, and this increases to 88 percent by the time they are 19.

The National Commission on Gambling recommended a moratorium on the expansion of the gambling industry. They are right. American children are hurting and should not be subjected to any more dysfunction.