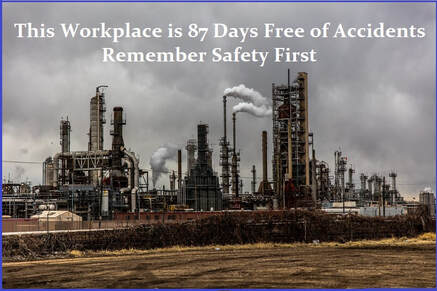 
Marijuana is contra-indicated for Safe and Drug-Free Business and Industry!

While many studies demonstrate the relationship of marijuana use and academic under-performance, poor grades, school-drop out, and lower IQs, other studies have demonstrated specific links between marijuana use and adverse consequences in the workplace such as increased risk for injury or accidents.

For instance in a study published in the Journal of the American Medical Association, a study among postal workers found that employees who tested positive for marijuana on a pre-employment urine drug test had:
- 55 percent more industrial accidents,
- 85 percent more injuries, and,
- 75 percent greater absenteeism…
… as compared with those who tested negative for marijuana use.

According to information available at the National Safety Council, employers can expect to spend about $7,000 per year on an employee who abuses drugs – and that does not include unemployment claims or legal action (an increasing and critical problem for employers.) About one-out-of-six employees has a substance abuse problem; in a company with 500 employees, that's nearly $600,000 a year.

Employers are in a precarious position when tasked with maintaining the productivity of their workplaces, and more importantly, the safety of their employees, their clients, and their data in the midst of surging marijuana use.
And employers in safety-sensitive industries are finding it more difficult to find workers that meet strict drug-testing criteria, according to the Society for Human Resources Management. One construction company in Colorado had to look out of state to find drug-free workers.

They also found that Marijuana remains the most frequently detected drug in workplace drug testing - not a good bet for high performance businesses and safety-sensitive industries.

Employers have a duty to provide a safe work environment and take all reasonable precautions to protect the health and safety of employees and others in the workplace. This duty is known as due diligence.

Using cannabis or any cannabis product can impair your concentration, your ability to think and make decisions, and your reaction time and coordination. It can affect your motor skills, including your ability to drive. It can also increase anxiety and cause panic attacks, and in some cases cause paranoia and hallucinations.  These acute effects have been noted to last as long as 24 hours.

The National Academies of Sciences, Engineering and Medicine reported that there is moderate evidence of a statistical association between cannabis use and the impairment in the cognitive domains of learning, memory and attention (acute cannabis use).

Other effects may include dizziness, drowsiness, feeling faint or lightheaded, fatigue, headache;  impaired memory and disturbances in attention, concentration and ability to think and make decisions; disorientation, confusion, feeling drunk, feeling abnormal or having abnormal thoughts, feeling “too high”, feelings of unreality, feeling an extreme slowing of time; suspiciousness, nervousness, episodes of anxiety resembling a panic attack, paranoia (loss of contact with reality), or hallucinations (seeing or hearing things that do not exist); impairment of motor skills, and perception, altered bodily perceptions, loss of full control of bodily movements, falls;  worsening of seizures; and hypersensitivity to certain stimuli.

1) Employers should have policies that restrict marijuana use to the extent permitted by law. Workplace safety and productivity are the top priority for employers, and marijuana impairment can have an enormous impact. The state of Colorado saw a huge climb in marijuana-related traffic deaths as well as marijuana-related hospitalizations following recreational marijuana legalization. Employers can see this replicated within their workplaces. In all states and all industries, policies must at the very least prohibit marijuana use in the workplace as well as marijuana impairment during work hours or in the workplace.

2) All employers should continue to test for marijuana, using a testing method such as oral fluid testing, which indicates recent use as opposed to historical use. In states where medical marijuana users receive protection from workplace discipline, workplace policies should require employees to verify their medical marijuana authorization to a Medical Review Officer.

3) Employers and managers should be trained to identify marijuana impairment and know what to do when an employee is suspected of impairment on the job. Policies should especially prohibit any marijuana use by employees in safety-sensitive positions or in driving or working with machinery.

4) In states where medical marijuana is legal, employers should work with human resources to develop a policy for employees who request accommodation of medical marijuana use for a disability, taking care to comply with state disability discrimination laws.

5) Businesses should have an Employee Assistance Program, and be willing to support an employee through a referral for necessary treatment if it is found that there is a substance abuse issue.

Marijuana is contra-indicated for Safe and Drug-Free Business and Industry!