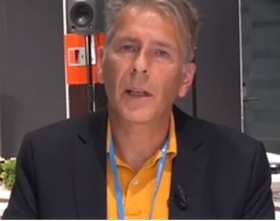 A Return to Cannibalism ?

Benjamin Franklin once said, "In this world nothing can be left to be certain except death and taxes."  Everything else is open for change.

And in today's society one other thing is certain, everything changes - even immorality is growing in new ways, shapes and sizes.

Soderlund’s argument for human cannibalism was during a panel talk called “Can you Imagine Eating Human Flesh?” at the Gastro Summit - a summit on food of the future - in Stockholm on September 3rd to 4th, 2019.

He said that “Conservative” taboos against cannibalism, can change over time if people simply tried eating human flesh. He discussed how people’s resistance to it as a problem that could be overcome, little by little, just by beginning with persuading people to just taste it. He said that that since food sources will be scarce in the future, people must be introduced to eating things they have thus far considered disgusting—among them, human flesh - and that "taboos" against cannibalism would change if only people were "awakened to the idea" and simply tried human flesh.

Editor's Note:  There reportedly are risks with eating human meat.  In the past, tribes - for example the Fore people of New Guinea, were found that practiced eating their dead. Many suffered "Kuru", a disease known as laughing death. The disease is caused by an infectious protein fund in contaminated human tissue. It is a disease of the nervous system that causes physiological and neurological effects characterized by progressive cerebellar ataxia, or loss of coordination and control over muscle movements, and which ultimately leads to death.