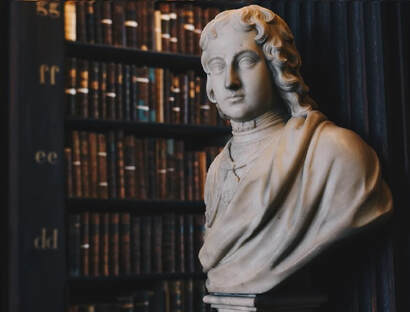 
Too Many Federal, State and Local Laws

To be honest, there are too many laws.  There are  over 10,000 federal laws - so many that no one can remember or recognize them all, and there are an additional 10,000-300,000 regulations that can be enforced criminally.

Additionally, every year some 5,000 (+) new bills are introduced to congress although only about 5% are enacted into law.  On top of this, each year states review or introduce probably another 10,000 bills and regulations.

And for the thousands of local counties, cities, municipalities, towns, townships and villages in each state, many have their own sets of laws and courts to review rent laws, zoning laws, and local safety laws.

It is overwhelming, and the fact is that no one jurisdiction knows or understands the vast array of laws and the intent or word of the law.  For instance, the Affordable Care Act (Obamacare), is a daunting 2,700 pages (with another 20,000 pages of regulations). No wonder Congress never even read the law.  In fact, (former) Speaker of the House Nancy Pelosi infamously said, “pass it to find out what is in it.”

Laws have been growing and expanding for more than 200 years.  When federal laws were first codified in 1927, all the laws fit into a single volume, but by the 1980s, there were 50 volumes with more than 23,000 pages and today sources say that no one knows - just the Internal Revenue Code alone is more than 3.4 million words and, if printed 60 lines to the page, is more than 7,500 pages long.

There are many good ideas for meaningful legislation that can help the general public - families, rather than corporate entities or where there is a conflict-of-interest.

The following represent needed legislation across the country to help stabilize the country while assuring a well-balanced, proactive, measured stance.


1) Government needs to Control Inflation:  Both the federal and state governments are spending like "drunken' sailors".  They are giving away the store, but in reality taxpayers are paying for it.  Meanwhile, there is a mounting national debt of over 22 trillion dollars (and with future obligations - pensions, Medicare, social security, etc.) that amount has been estimated at well over 100 trillion.  In short, politicians are promising free college, free healthcare, free services, retributions for social injustice, etc., but all are at the taxpayers expense. Even the raising of the "minimum wage" is inflationary and has a significant negative effect on all those on a fixed income.  The "trickle down" effect works in a negative way as well as in a positive one.

By the way, just the annual interest spent on the national debt is $263 billion per year (1.4 percent of the Gross National Product) in 2017, and it is expected to rise to $965 billion (or 3.3 percent of GDP, in 2028.)  The 3.3 percent of GDP total for interest in 2028 would be the highest on record. The interest that taxpayers spend alone on that debt is incapacitating The point is that there is an increasing amount of debt the nation cannot pay, and this is a debt that is caused by arbitrary spending that will be passed on and will strangulate our children and grandchildren.

Legislators need to spend money judiciously. When President Bush signed the $500 billion drug program for seniors, he never negotiated lower prices with pharmaceutical companies.  When President Obama signed the Affordable Care Act he knew it would cost the taxpayers trillions, and never reviewed it to see about respective price controls. At the very least, health care has been one of the biggest culprits of inflation and government needs to work with the health care industry to slow down the inflationary "for profit" dynamic.


2) Spending Initiatives:  With that said, there are four sets of services that the government must prioritize and invest in at a level of development consistent with the need:
Infrastructure: The nation's infrastructure is crumbling.  Nothing lasts forever, and the system of bridges, roads, the drinking water and sewage facilities, the power grid, communication systems, buildings including schools, colleges, police and fire departments, dams, airports, etc., all need both maintenance, updating, repair, and in many cases total replacement to the (estimated) amount of some $4.6 trillion.  That is more than the entire federal budget in any given year.  Given that many claim that the country's infrastructure is reaching the crisis point, both immediate and long term investment in infrastructure is a necessity.
Low-cost Assisted Living and Nursing Homes:  The baby-boomer generation is aging, and as well they are suffering from a more mobile population of youth (children) who have moved away and are no longer able to care for their aging parents.  As this is a large demographic population there is more of a need than ever before for both assisted living centers as well as nursing homes.
Daycare and Children's Centers:  More women work today than ever before in the nation's history.  While some families have fathers who elect to stay at home and be full time homemakers, the real problem is that families need two incomes and cannot afford for either to be a stay-at-home parent, nor can they afford the expensive child care options available.  Government should both increase funding for child care across all socio-economic groups, and at the very least help subsidize child care for those making under $100K per year.
Mental Health and Addiction Services:  The complications of daily living today continue to cause high level stress, anxiety and confusion. Meanwhile, the real level of mental health and addiction services has stagnated over the years due to insurance cutbacks in coverage.  Mental illness and addiction have reached epidemic levels, and mental health and addiction services are one area where government spending is an investment in people and where people can again become gainfully employed and contributing members of society.


3) Annual Audits of ALL Legislators:

The United States has been rocked continuously with allegations of corruption and unethical violation by our federal and state legislators.  Politicians are elected and provided with a reasonable salary, only to see them complete their terms of office as millionaires.

Because of all the ethical violations across the country, it is imperative that for the security of the nation to have a law mandating:

A Criminal Background Check of all Legislators:  There should be a law calling for a Criminal Background Check of all legislators prior to their running for public office.  This will assure that any and all possible crimes or violations are discovered and that the people who vote and have the right to know - are assured that there was no cover-up that would otherwise influence their vote.

An Annual Audit of all Legislators:  There should be an annual audit of all legislators - both at the federal and state levels, to include:
- a five year exam of tax returns;
- investigation of all corporate holdings and seats on Boards of Directors
- review of all stocks and bonds and derivatives, and source and documentation, and
- a review of all campaign fundraising donations by amount, source, and conflict-of-interest.

In Europe, legislation was passed, the Price Marking Order, in 2004. The Price Marking Order applies to suppliers and traders (including online retailers) that sell products (not services) to consumers. The Order requires that the selling price of products where appropriate, be clearly displayed.  The Order does not necessarily mandate that each item be separately marked, but a price label for the entire batch must be clearly visible.

The problem is that grocery departments and retail stores have relaxed these obligations, and it is becoming increasingly difficult to find the correct price of items.
Secondly, services are not obligated to have the same standard.  Thus, one may call a plumber who makes a home visit to then say that the "assessment" fee is $400.  Another case is car repair - where it is stated that the cost of labor is $85 per hour, but then the repair garage uses a "book quote" where they charge you 4 hours labor for a job that only took 1 hour.  Car dealerships no longer have cost stickers available on the windows of each car.  And lawyers fees are among the worst - the end result very often bears no resemblance to the originally described costs.

Customer preference is very often based upon informed consent, and to be properly informed one should have a firm understanding of what the real costs are or will be in any tracnaction.

More and more, utilities, businesses and governmental agencies will either refuse to give out their telephone number, or say that they will have a customer service agent call you back. Government agencies are so overwhelmed they will not answer telephones.  Even the IRS doesn't answer their telephones, and the voice service will say that they will call you back sometime within the next 3-5 business days.  Some online services do not even provide a telephone number, and others only have an answering service with robo-referrals and no human contact for personal engagement.

Besides that, retail stores are cutting back on customer services.  There are fewer employees to help customers, and often one cannot even find an open cash register much less floor assistance.

Interestingly, the business model that works best always includes optimal customer service as it is well known that business depend upon repeat customers, and customers that feel slighted or have had bad service do not return.  Then it is only a matter of time before these businesses close.

While government technically has no right in telling one how to operate their business, there is a system of codes and protections for the consumer that should otherwise dictate that there is a standard - a level or expectation that every business should meet.  Real customer service is not a luxury, but a necessity.

With the aging of America comes a more unfortunate finding:  Senior citizens tend to need to use the restrooms more often - sometimes very often.  It is a fact of life.

And yet, businesses seem to be incredibly sparse with their restroom provision.  So, perhaps it would help if government mandated than every facility, business, or organization that serves the general public be required to provide public restrooms for all - and without requirement of purchase.  It is the right thing to do.

Laws are Really For the People

Laws are for better or worse.  The problem is that too often they are made for those with a "special" interest, or for those who would profit from political or financial gain.

But there are laws that could be passed that would just help the most people for the most time, and they could be simple laws and not overly burdensome.  In fact, it could be legislation "of the people, for the people, by the people."