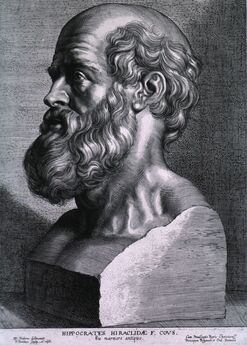 Doctors
and the
Hippocratic Hypocrisy


What Comes First: Medicine or Politics?

Doctors have long been the subject of unfair criticism.  They have been called quacks, accused of medical malpractice, accused of having poor bedside manners, accused of intellectual superiority and of "mistreating" nurses, and have been accused of neglecting much needed general family practice for the more lucrative specializations.

To be fair, however, physicians have proven to be one of the most highly disciplined professions. They study under a long and intense academic rigor - and an expensive one.  In fact their study does not end at nineteen years of school and residency, but in fact that is when it really begins - all medical practice is predicate on continuing education and continuing knowledge and study.  Long hours including nights, holidays and weekends, student loans, high stress levels, working within a dysfunctional health insurance compensation system, and working with a highly rigid governmental regulatory system and within bureaucratic hospitals are just some of the problems that physicians deal with on a daily basis.

It is easy to armchair many disciplines like sports or politics, but medicine is both a science as well as a very skilled art to say the least.  As a basis, physicians are to be well respected and even admired despite any shortcomings they may have.

But the question is, has the very basis of medicine been contaminated by politics?  That very fact underlies the core values highlighted in the Medical Canon of Ethics.  Have politics infected and destroyed an otherwise valuable and honorable profession?

A Canon of Ethical Principles (Code of Ethics) is a guide of principles and standards designed to help professionals in particular disciplines conduct their business or craft honestly and with integrity. A code of ethics outlines the mission and values of the organization, business or practice, how professionals are supposed to approach problems, the core values, and the standards to which the professional is held.

The Hippocratic Oath is the oath historically taken by physicians. It is one of the most widely known of Greek medical texts. In its original form, it requires a new physician to swear to uphold specific ethical standards. The Oath is the earliest expression of medical ethics in the Western world, establishing several principles of medical ethics which remain of paramount significance today.

There is no direct punishment for breaking the Hippocratic oath, although an arguable equivalent in modern times is malpractice, and malpractice can carry a wide range of punishments, from legal action to civil penalties.

Medical Ethics first appeared around 200 BC, in the Hippocratic School.  Hippocrates was a Greek Physician who is considered one of the most outstanding figures in the history of medicine.  He is often referred to as the "Father of Medicine."

Medical Ethics was based upon the core values of Autonomy (the right for individuals to choose for themselves); Justice (a duty for equal treatment for all); Respect for ALL individuals; Confidentiality and the right to privacy; Fidelity (truth and transparency); Non-maleficence (do no harm and don’t abandon patients); and, Beneficence (be helpful). 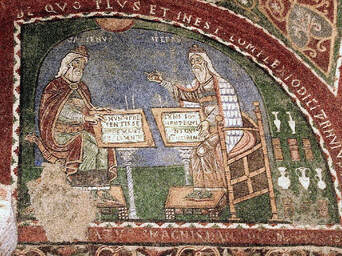 For instance, Hyppocrates would say
the most significant part of the oath is:

"First, Do No Harm….
Practice two things in your dealings with disease:
either help, or do not harm the patient."
The Original Hippocratic Oath

"I swear by Apollo the Healer, by Asclepius, by Hygieia, by Panacea, and by all the gods and goddesses, making them my witnesses, that I will carry out, according to my ability and judgment, this oath and this indenture.
To hold my teacher in this art equal to my own parents; to make him partner in my livelihood; when he is in need of money to share mine with him; to consider his family as my own brothers, and to teach them this art, if they want to learn it, without fee or indenture; to impart precept, oral instruction, and all other instruction to my own sons, the sons of my teacher, and to indentured pupils who have taken the physician’s oath, but to nobody else.
I will use treatment to help the sick according to my ability and judgment, but never with a view to injury and wrong-doing.
Neither will I administer a poison to anybody when asked to do so, nor will I suggest such a course.
Similarly I will not give to a woman a pessary to cause abortion. But I will keep pure and holy both my life and my art. I will not use the knife, not even, verily, on sufferers from stone, but I will give place to such as are craftsmen therein.
Into whatsoever houses I enter, I will enter to help the sick, and I will abstain from all intentional wrong-doing and harm, especially from abusing the bodies of man or woman, bond or free, remaining free of all intentional injustice, of all mischief and in particular of sexual relations with both female and male persons, be they free or slaves.
And whatsoever I shall see or hear in the course of my profession, as well as outside my profession in my intercourse with men, if it be what should not be published abroad, I will never divulge, holding such things to be holy secrets.
Now if I carry out this oath, and break it not, may I gain for ever reputation among all men for my life and for my art; but if I break it and forswear myself, may the opposite befall me.

The Oath had undergone a Number of Changes

The Medical Oath has undergone a number of changes over the years.
In the 1960s, the Hippocratic Oath was changed to require "utmost respect for human life from its beginning", making it a more secular obligation, not to be taken in the presence of God or any gods, but before only other people. Thus, the "prayer was omitted."
In 2001, the medical profession codified the long subscribed to body of ethical statements developed primarily for the benefit of the patient. As a member of the medical profession, a physician must recognize responsibility to patients first and foremost, as well as to society, to other health professionals.  The Principles adopted by the American Medical Association are not laws, but standards of conduct which define the essentials of honorable behavior for the physician.

I swear to fulfill, to the best of my ability and judgment, this covenant:
I will respect the hard-won scientific gains of those physicians in whose steps I walk, and gladly share such knowledge as is mine with those who are to follow.
I will apply, for the benefit of the sick, all measures which are required, avoiding those twin traps of over-treatment and therapeutic nihilism.
I will remember that there is art to medicine as well as science, and that warmth, sympathy, and understanding may outweigh the surgeon's knife or the chemist's drug.
I will not be ashamed to say "I know not," nor will I fail to call in my colleagues when the skills of another are needed for a patient's recovery.
I will respect the privacy of my patients, for their problems are not disclosed to me that the world may know. Most especially must I tread with care in matters of life and death. If it is given me to save a life, all thanks. But it may also be within my power to take a life; this awesome responsibility must be faced with great humbleness and awareness of my own frailty. Above all, I must not play at God.
I will remember that I do not treat a fever chart, a cancerous growth, but a sick human being, whose illness may affect the person's family and economic stability. My responsibility includes these related problems, if I am to care adequately for the sick.
I will prevent disease whenever I can, for prevention is preferable to cure.
I will remember that I remain a member of society, with special obligations to all my fellow human beings, those sound of mind and body as well as the infirm.
If I do not violate this oath, may I enjoy life and art, respected while I live and remembered with affection thereafter. May I always act so as to preserve the finest traditions of my calling and may I long experience the joy of healing those who seek my help.

The Politicization of Medical Ethics

So one would assume that politics would not infiltrate, much less overwhelm medicine, and that the practice of medicine would be dependent upon the tradition of core values and medical ethics and left untouched by political preferences.

But such is not the case.

Abortion:  Medical Professionals have already violated their Hippocratic Oath when they perform an unnecessary abortion, and now these same physicians and nurses abandon all professional parameters in several ways when they routinely practice this infanticide within these abortion clinics.
The original Hippocratic Oath stated in part, “… Similarly I will not give to a woman an abortive remedy. In purity and holiness I will guard my life and my art." Again, it is very sad when politics and political correctness changes such a one-time noble profession.
And it does not stop there.  Several attempts have been made in legislation to remove "conscientious objection" from medical providers, that is, that those who believe that abortion is murder and who do not agree to participate in abortion procedures can now be prosecuted for medical malpractice.

Euthanasia:  Physician-assisted suicide is actually prohibited in the Hippocratic Oath (the original—not the newly “revised and politically correct” version.) The guide of professional ethics and behaviors accepted by the medical profession, includes, “First, do no harm.”
The original oath said, "I will use treatment to help the sick according to my ability and judgment, but never with a view to injury and wrong-doing.   Neither will I administer a poison to anybody when asked to do so, nor will I suggest such a course."
Of course many European governments, and now U.S. state governments have legalized euthanasia.  As a side note, many elderly people in the Netherlands are so fearful of euthanasia being forced upon them, that they carry cards around with them saying that they do not want to be euthanized.   Unfortunately, people with special needs do not always have that safety.

Treatment without Fee, Confidentiality, No Sexual Relations, Home Visits:   Of course physicians no longer made home visits as Hippocrates first suggested.  But the for-profit motive of physicians today, the insurance fraud, sexual relations with patients, and occasional violations of confidentiality are all addressed in the original code of ethics, but unfortunately all have all been confirmed in newspapers on a more than desirable frequency.  Even physician advocacy organizations which have fought for laws that assist physicians - understandably so as they do work under highly stressful and sometimes unnecessary conditions, have sometimes too, done so without the best interest of patients in mind.

In any event, the Hippocratic Code of Ethics is without doubt the guiding light for medical practice. If left as a guide to the discretion of the physician without political filtering and contamination, medicine - under the real Code can continue to be one of the most honorable professions.