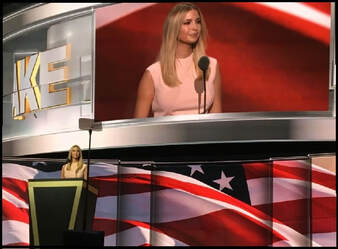 The American promise is that anyone can become president, and in fact it is true - many people who would have been thought to never have had a chance went on to become President of the United States.  Richard Nixon was a person who was not especially liked or trusted, and he was voted in as president. Ronald Regan was a Hollywood actor without any experience, then was voted in as governor of California, and then as president.  Bill Clinton came from a little known state, Arkansas, and won when people thought he did not have even the slimmest chance of winning. President Obama was just a junior senator with no real political experience to speak of - in fact he had a problematic voting record, and he was voted in as a very popular president.  And Donald Trump was originally thought to be running just as a public relations strategy, but he was serious and won, again, without previous political experience.

Several political analysts have now come forth with their predictions for the upcoming Presidential elections.  From all accounts, given the chaos and implosion within the democratic party, analysts expect Donald Trump to win again in the 2020 general election - this time by even a wider margin.

And then there is Ivanka Trump, who is probably best recognized as a television personality for her role as an advisor in "The Apprentice" and "Celebrity Apprentice", a reality television show based upon business management objectives and charitable fundraising that ran on NBC television for fifteen seasons, ending in 2017.

However, Ivanka truly is an accomplished businesswoman. She graduated from the Wharton School of Business at the University of Pennsylvania, and along with her brothers Donald Jr. and Eric, she has led some of the Trump company’s largest and most complicated corporate transactions. She is also entrepreneur, writer, fashion model, stylist, and since 2016 has been advisor to the President.
Ivanka is the author of two New York Times and Wall Street Journal bestselling books, speaks two languages, and has been included in Fortune magazine’s prestigious “40 Under 40” list (2014) and was honored as a Young Global Leader by the World Economic Forum (2015). Most recently, Ivanka was also featured in Time’s 100 Most Influential list (2017) and Forbes’ “World’s 100 Most Powerful Women” (2017).

Analysts point out that Ivanka has a proven background in experience and qualifications. She is not a controversial person. She is a conservative. She has earned the respect of a generation in her own right. She isn't part of the "political system" which people hold in disdain, yet, has formed strong relationships with key influential people. And as a convert to Judaism she has a strong orthodoxy and religious practice and a strong support for Israel.

It is time for a woman to be president but one without the baggage and blemishes that the political environment so easily creates.  Ivanka Trump is not a politician.  She understands that the economy drives the quality of life in the United States. She is a smart, independent, assertive woman who understands many of the dynamics of government, and if she surrounds herself with capable advisors Ivanka Trump could well be the best choice for President of the United States in 2024.