Did the Vatican have a
"Television Time Machine" ?

There was a deep-ops CIA agent who came forth a few years back, who publicly stated that "Any machine or device that anyone can possibly ever think of - we have already invented it…. time travel, anti-gravity, warp drive, spaceships to other planets, laser guns….."   The agent said he worked on many such black projects and off-budget black-op programs hidden from any federal budgets or public scrutiny.  Of course he asked, understandably so, to be kept anonymous. 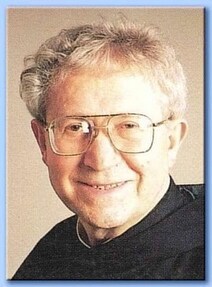 One claim right out of a science fiction book, but which has gained some serious traction for truth and validity, is a television that could look back through time.  Using this machine, a "chronovisor", viewers could watch - and record - past events including past historical events.

Fr. Pellegrino Ernetti was a scientist.  He was an Italian physicist who later became a priest - a Benedictine Monk. He told a story of how a team of scientists, led by Father Ernetti himself, had invented a "chronovisor" or time viewer.
Several people noted that he was talking publicly about this "chronovisor" during the 1960s, but no substantive article really appeared about the machine until 1972 when an article was published on May 2nd 1972 in an issue of the Italian news magazine La Domenica del Corriere entitled,  "A machine that photographs the past has been invented."

What is a "Chronovisor"?

Fr. Ernetti, reported that his chronovisor was a device that somewhat resembled a television.  The difference was that it was a scientific instrument that was capable of tuning into the past, and  thus, allowed viewers to see and hear events that occurred years - or perhaps even centuries earlier. The chronovisor was described as a large cabinet with a cathode ray tube for viewing the received events and a series of buttons, levers, and other controls for selecting the time and the location to be viewed. It worked by finding and reproducing "residual electromagnetic radiation" and the audio component or sound waves which were left behind by past events as they occurred. It could even locate and track specific individuals.
In essence, the "chronovisor" was able to detect and connect onto waves of sights and sounds that were "made in the past and which continued to float through space."

Fr. Ernetti claimed that he had observed many past historical moments while watching his chronovisor.  He said he observed the actual French conqueror Napoleon, he saw the Roman philosopher Cicero, and he saw a performance of the lost play Thyestes by Roman poet Quintus Ennius.

Most importantly, Fr. Ernetti claimed he witnessed the actual crucifixion of Jesus Christ. He said, “We saw everything…. the agony in the garden… the betrayal by Judas… the trial… and Cavalry.”

Fr. Ernetti said he began wondering about all the sights and sounds that humans make and if they just disappear or if they continued to exist in some way. His curiosity brought him to approach several world-famous scientists and together formed a team to work on and eventually build the chronovisor. Fr. Ernetti actually named two members of this team: Wernher von Braun, a German rocket scientist later renowned for being the father of the American Space Effort, and Enrico Fermi who is one of the designers of the first atomic bomb.

After developing the chronovisor and using it successfully, Fr. Ernetti said that the team eventually agreed to dismantle it because of how dangerous it could be if it ended up in the wrong hands. He was afraid that the chronovisor could create the “most fearsome dictatorship the world has ever seen.”

Of course such wide claims as a time machine television also brings out a certain number of conspiracy theorists.  Today, some claim not that the entire story was a fraud, but that Fr. Ernetti never actually dismantled the chronovisor. Rather, they claim, the chronovisor was secretly seized by the Vatican and is still being used to control governments and their economies all over the world.  They claim that Fr. Ernetti’s secret “fearsome dictatorship” he guarded against, was actually the Vatican itself.

Several people that Fr. Ernetti spoke to testified that he maintained - right up to his death, that the chronovisor was real and worked as well as planned.  He never did produce any part of the machine nor any scientific papers or theories to support his stance, and a couple of pieces of "evidence" he did provide were called into question as possibly being forged.

Nonetheless, Fr. Pellegrino Ernetti  remains an enigma.  He, himself, produces a paradox which could have been easily resolved if he so chose.

But then, again, maybe he was right.  Perhaps governments, corporations, and dictatorships are not to be trusted, especially when there is such a powerful machine that could be used for better - or worse.