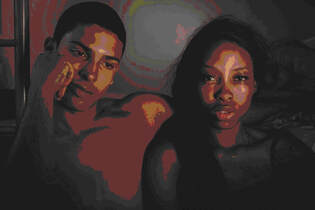 The Global Epidemic -
Who Would Have Thought it would be STDs

Everyone is worried about the increasing incidence of HIV (Human Immunodeficiency Virus) and AIDS (Acquired Immunodeficiency Syndrome.)  HIV/AIDS is a global health crisis that impacts the lives of millions of people a year. Around 37 million people are living with HIV/AIDS - that’s nearly the entire population of Canada. Yet, AIDS isn't the only sexually transmitted disease to be concerned about.

In June of 2019, the World Health Organization released a report that everyone suspected but probably didn't believe and certainly dreaded.

More than 500 million people are living with genital HSV (herpes) infection and an estimated 300 million women have an HPV infection (the primary cause of cervical cancer), and an estimated 240 million people are living with chronic hepatitis B globally.  Additionally, 988,000 pregnant women were infected with syphilis in 2016, resulting in over 350,000 adverse birth outcomes including 200,000 stillbirths and newborn deaths

More than 30 different bacteria, viruses and parasites are known to be transmitted through sexual contact. Eight of these pathogens are linked to the greatest incidence of sexually transmitted disease. Of these 8 infections, 4 are currently curable: syphilis, gonorrhoea, chlamydia and trichomoniasis. The other 4 are viral infections which are incurable: hepatitis B, herpes simplex virus (HSV or herpes), HIV, and human papillomavirus (HPV). Symptoms or disease due to the incurable viral infections can be reduced or modified through treatment.

Behavior Modification and counseling remain two primary prevention strategies for STI prevention, as well as against unintended pregnancies. These may include comprehensive sexuality education, STI and HIV testing, pre- and post-test counseling, safer sex/risk-reduction counseling, condom promotion, STI interventions targeted to key populations, such as sex workers or gay men, or intravenous drug users, and especially prevention education and counseling tailored to the needs of adolescents.
In addition, education helping to improve people’s ability to recognize the symptoms of STIs and to increase the likelihood they will seek care or encourage a sexual partner to do so also helps. Unfortunately, globally, a lack of public awareness, lack of training of health workers, and long-standing, widespread stigma around STIs remain barriers to greater and more effective use of these interventions.  In addition, people are impulsive and too often reckless, especially in the sexuality arena.

There is no overstating the concern for sexually transmitted diseases.  For millions it is a life or death situation, and for hundreds of millions it is a devastating quality of life issue.

In all situations, a monogamous relationship with a trusted spouse or partner is the best guarantee for a life free from the scourges of the STI epidemic.