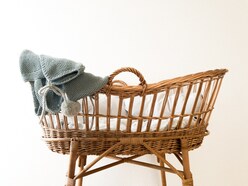 Abortion
and the Economic Recession


There are numerous reasons offered for the recession and stagnation of the economy.  One of the most overlooked, however, is the negative economic impact of abortion.

First, underlying America’s economy is the fundamental principle that the mechanism for economic stability and growth is consumerism.  Currently, about two-thirds of all economic activity in the United States is consumer spending.

Consumerism is largely dependent upon population growth.  In “The $35 Trillion Elephant in the Room” (Dennis Howard, The Movement for a Better America), the author reported, “We found that the 50.5 million surgical abortions since 1970 have cost the U.S. an astonishing $35 trillion dollars in lost Gross Domestic Product.”  In addition, he also said that “If you include all the babies lost to IUDs, RU-486, sterilization, and abortifacients, the number climbs to $70 trillion!”  (Estimates are based on GDP per capita per year, times the cumulative number of abortions since 1970.)

If the goal is vibrant economic growth plus healthy levels of employment, then there is a need to project new markets as well as replacement markets.  This only occurs with population growth.

Abortion Does Not Save Tax Dollars

Second, abortion does not save tax dollars. Some claim that every dollar spent on abortions for poor pregnant women saves money to taxpayers in public welfare dollars.

But economist Jacqueline Kasun found that even an indigent child over a lifetime, returns in taxes 3.7 times what was spent on the child and the mother in welfare, food, housing, and medical assistance (The War Against Population, Ignatius Press, 1999.)  For example, it costs an average of $11,460 in assistance to a mother and child on welfare.  As the average time a person receives welfare is two years, the family receives approximately $23,000 in benefits. However, that child in the US will work in the labor force for 47 years, earn about $1 million and pay about $400,000 in taxes.  Kasun points out that even if that child were to receive welfare for a longer period of time, or spend time in prison, or be unemployed for three times longer, the tax payments would still bring a substantial return beyond the dollars spent in welfare support.

Abortion and the Social Security Crisis

Third, abortion also contributes to the Social Security crisis.  In “What Do 40 Million Lost Lives Mean?” (Laura Antkowiak, National Right to Life), the author stated that abortion has left fewer young people to care for those preparing for retirement. The Social Security Administration admits, "The main reason for Social Security's long-range financing problem is demographics." Given the reduction in the work force supporting Social Security brought on largely because of abortion, the predicament is that “unless we raise taxes, cut benefits, or overhaul the entire system, Medicare will be bankrupt in the 2020s and Social Security in the 2030s.” Antkowiak states that in 1998 alone, the victims of Roe v. Wade would have contributed approximately $1.7 billion to Medicare and $7.4 billion to Social Security. These contributions could provide the average monthly benefit to over 785,000 retired workers for the entire year.

From a macro-economic perspective abortion represses natural economic growth.  The economic effects of abortion can be magnified in the coming years as those 50 million children and millions more killed by abortion would have completed their education, found full-time employment, become established in their careers, and started their own families.

The pro-life stance is that one does not kill innocent human beings, no matter what the cost. But as is often the case, bad moral policy is also bad economic policy.  There is no real economic benefit to abortion. In fact, increasingly evidence suggests that there is a significant cost to all society not just in morality - but also financially.