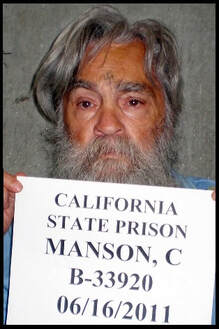 Is Your Neighbor a Psychopath?

How About Your Lawyer?

Everyone has heard a story about a homeowner who had "the Neighbor from Hell!"  This might be an average looking family to the casual observer driving by their house, but in reality that neighbor is drama! He may be someone who causes numerous disruptions, perhaps complaining, threatening, even calling the home owners association or the police on little infractions.

If truth be told, there are times when everyone exhibits one or more of these traits.  There are times when most people lack empathy, are arrogant, feel spiteful or vengeful, or even want to do things which may be immoral or illegal.  But then they stop - think about it, reflect on it, meditate on it, pray on it, and pause and reset so they do not do something on impulse that they will later regret.

The Diagnostic and Statistical Manual of Mental Disorders (DSM-V) by the American Psychiatric Association (APA), presents a set of common criteria that professionals use for diagnosing mental health disorders.

One set of disorders are the personality disorders.  Generally personality disorders are sets of traits whereby one shows marked deviation from normal functioning in either cognition (ways of thinking, perceiving and interpreting self, others and events), affect (the range, intensity, lability and appropriateness of emotional responses), interpersonal functioning, and/or impulse control.

Generally under the category of Personality Disorders, personality "traits" might begin to be seen as early as in adolescence or perhaps early adulthood, and continue over many years. There could be conflicts with others, intimacy issues, problematic relationships (or lack of relationships), unethical or immoral behavior, and/or significant issues and problems in social situations.

As a grouping, there are certain character and personality traits that tend to fall into the categories of sociopathy, psychopathology, anti-social, and narcissism.

They may include patterns of thinking, acting and feeling that interfere with the stability of relationships (intimacy or other interpersonal impairments), where there is low regard for and violation of the rights of others, and perhaps deceit, manipulation, arrogance, aggressiveness, and types of conduct disorder.

There could be traits characterized by erratic or dramatic behavior and extremely impulsive, theatrical, and even illegal and promiscuous behaviors.  There is often found a pervasive pattern of disregard for, and violation of, the rights of others (hurting, mistreating, or stealing from another); a tendency for failure to conform to social norms with respect to lawful behaviors (often indicated by frequent arrests); a tendency toward deceitfulness (for example, lying or conning others for personal profit or pleasure); impulsivity; failure to plan or follow long term goals; irritability and aggressiveness (fights or even assaults); reckless disregard for the safety of self or others; consistent irresponsibility for example at work or in financial obligations; a lack of remorse in doing wrong; and perhaps a lack of empathy - a lack of concern for the feelings, needs, or suffering of others.

There may also be true intimacy problems where there may be more of a pattern of exploitation with identifiable deceit, coercion, and use of dominance or intimidation for control. There may be an incapacity for unconditional giving or to give without compensation or in expectation of getting something in return.  People may lack guilt, and fail to learn from experience. Often they may have no difficulty finding relationships — and can even appear superficially charming, — but these relationships are usually toxic, fiery, turbulent, and short-lived, and these traits are most closely correlated with crime or a history of being in and out of jail or prison. 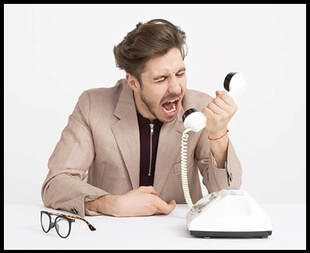 While many sociopaths do not function as well and may spend time in and out of jail or on the fringes of society, most sociopaths may appear like anyone else.

High functioning sociopaths usually hold jobs, are married, and have children. In fact, they can be successful in life. Their sociopathic traits often surface under stress or during life transitions like marriage, layoffs, or whenever social pressures challenge their view of self.

They can be very charming and clever and seem genuine. High functioning sociopaths often have a higher IQ than even people without personality disorders. They tend to be more secretive, not sharing their intimate details and revealing themselves. They do things to make themselves look good and to try to receive admiration, and to try to reach their immediate goals.

They very quickly learn what makes people tick. They can read you and play to your wants and desires. They may possess impeccable social skills and exude charm; they may come from an established family; they are driven and he/she knows what they want and  how to get it; they are calculating and clever; and may be patient and willing to work people and situations until the time is right for her to make their move.

People with anti-social personality traits who have an education can present as polished and utilize polite behaviors, although often as a mask for their manipulations. They can be extremely intelligent, ambitious, shrewdly exploitative, and ruthlessly aggressive. They often maneuver their way to positions of power and management.

In fact, if one pauses and thinks about it, what are the work qualities that Corporate America prizes the most?  The ability to manipulate to achieve goals, to bend the rules to obtain profit, to cheat on taxes, look for loopholes, exploit the weak, exaggerate your strengths, use power and coercion as needed, and use deceit if it is in the best interest for long term goals.

And who exhibits these tendencies the best? Corporate Executives, Bankers and Financiers, Lawyers, and Politicians.  Even car salesmen have a reputation for manipulation and exploitation without conscience.

Interestingly enough, for corporate leaders, lawyers, bankers and financiers, and executives who excel to the top of the corporate “food-chain”, the real incidence of anti-social, pathological or sociopathic personalities may be closer to 20 percent.

In the real world, people are rewarded for goal attainment. So, corporations hire a “hatchet man” to come in and lay off thousands of employees or cut employee healthcare benefits to increase the profit line. An industry may hire an executive for a merger that will close down the only industry supporting a small town. A lawyer will initiate a lawsuit that could bankrupt a hospital. Financial advisors defraud clients, politicians will scapegoat and demonize, and media moguls exaggerate headlines and reports to shock and offend targeted groups..

For sociopaths any means to the end is not just a philosophy but rather it is the way; and too often those who can fire, lie, cheat, steal or manipulate the best are the people in greatest demand.