Marijuana and the Amotivational Syndrome 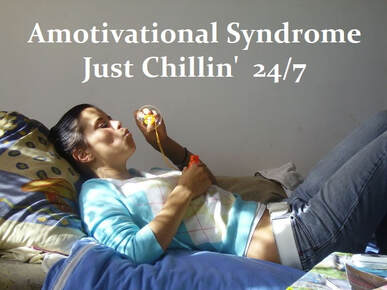 Does Marijuana Kill Ambition and Performance?

Stories of a marijuana related amotivational syndrome - where chronic and/or heavy cannabis use impairs motivation and social performance, have been described in societies with a long history of use, such as Egypt, Greece, the Caribbean and elsewhere.  With the increase of cannabis use among young adults in the USA in the late 1960s, reports of a similar syndrome occurring among heavy cannabis users began being identified here.

Clinical evidence suggests a correlation between chronic use of marijuana and the development of a syndrome characterized by a marked decrease in personal drive, motivation and ambition, with apathy about the future, lethargy, shortened attention span, high distractibility, decreased concentration, and an overall impairment of judgment and memory of the chronic user.

This syndrome may not be unique to marijuana. There are several reports describing similar psychiatric disorders of amotivational syndrome among patients with the history of some other psychoactive substances use including solvents, methamphetamine, OTC cough syrups, and certain medications and drugs such as with Selective Serotonin Reuptake Inhibitors (SSRIs.)

Anecdotal observations include those of youth whose academic marks dropped significantly after the initiation of marijuana use; employees whose work performance has suffered; an amotivational “signature” observed by clinicians in treatment programs, and self-reports of former marijuana users.

Some researchers have found amotivational syndrome to be among the often reported co-occurring symptoms and disorders of chronic marijuana use (Research Report Series, “Marijuana Abuse - How Does Marijuana Use Affect Your Brain and Body?”, National Institute on Drug Abuse.)

In fact, severe amotivational syndromes, with the appearance of pseudodementia, have been reported in heavy users in particular in countries where consumption is high. Although more pronounced, these syndromes are reminiscent of the lack of motivation observed in regular consumers.

One researcher documented this phenomena as “psychosocial dysfunction” resulting from repeated use of the substance which includes persistent procrastination, low productivity, low self-confidence, interpersonal or family conflicts, memory problems and financial difficulties where individuals often achieve considerably below their true potentials.

Other researchers reported that amotivational syndrome has been found to be one of the neuropsychiatric adverse effects of marijuana.

In one study of 268 cannabis users, 21 percent interviewed stated that marijuana led to “tiredness, low motivation and lack of energy.”

According to one research pharmacologist at NYU Medical Center – the biochemical basis for this syndrome “is caused by the temporary low levels of testosterone produced by marijuana." He says "You don't feel like doing much, with the exception of eating.”

In one six-year study of 49 student high school disciplinary hearings for students possessing or being under the influence of marijuana, it was found that all students had serious school attendance problems; all students were one or more years behind their classmates in academic progress towards graduation as a result of numerous class failures; those who at one time had been involved in sports or other extracurricular activities had dropped out once regular marijuana use began; and the teachers characterized all of the 49 students as "apathetic and unmotivated."

According to one researcher studying use on college campuses, a person with a marijuana induced amotivational syndrome basically decreases the frequency of doing things that need to be done but may be more unpleasant to do.  This may include going to early classes or to classes that are hard or unappealing, or in accomplishing tasks that may simply be unenjoyable. This best describes the cause-and-effect of marijuana and the amotivational syndrome in most categories.

Conservatively, it has been suggested that heavy use of marijuana may increase the likelihood of the development of the amotivational syndrome, and that the syndrome does reinforce the chronic use of marijuana.   It is also suspected that early onset of use by adolescents or teens may be a factor, and that frequency of use, duration of use, and pre-existing psycho-social factors including genetic dispositions may be exacerbated by marijuana.

In any event, one of the adverse effects for many marijuana users is the amotivational syndrome - a set of self-defeating personality traits that can impair performance and goal attainment, and human growth and development long into the future.

Marijuana is a powerful, mood modifying, mind altering, addictive drug with some sixty-five different types of effects - many such as the amotivational syndrome can haunt one for many years.

According to the American Medical Association, marijuana use is to be discouraged.  Do not use marijuana.