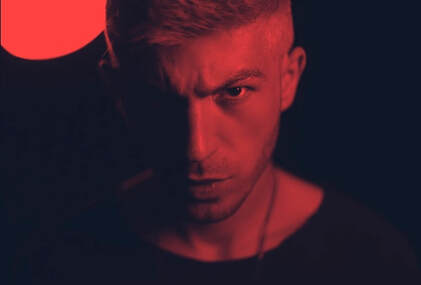 A Typical or Atypical Risk Factor ?

So your first teen seems to learn things the easy way, but the second teen learns them the hard way.  The first avoids certain things and therefore saves himself a lot of difficulty; while the second teen tends to act first, and then by going through the difficulty learns the lesson to avoid that thing from then on.  Why, oh, why?

Do teens today have too much "attitude"?  Do teens today tend to talk first and listen later - if at all?  Do teens today engage in high risk behavior, virtually negating and nullifying parental advice and your years of wisdom and experience? Have they hit - or gotten stuck in that arrogant, defiant, rebellious stage yet?

Well, those teenage years have always been troublesome for parents.  In terms of psychology and stages of human development, the teen years have traditionally been times for teens to strive to become functionally autonomous.  These years include physical, cognitive and social-emotional development, and a developing of maturity of self and purpose.  Teens learn how to establish and maintain healthy relationships, share intimacy comfortably, develop impulse control, and to begin to understand abstract ideas and develop their own moral viewpoints.

However, as they begin to show a stronger sense of identity and emotional stability and become more independent and self-reliant, they tend to distance themselves more from their parents - who are the primary guides and mentors of wisdom in their lives.  They begin to have more drastic mood swings, have more arguments with their parents, and even become more rebellious both at home and perhaps at school.  They can become brash and cocky, even have a Dr. Jekyll -and- Mr. Hyde personality where they are sweet and caring one minute only to show up defiant, arrogant, and obnoxious the next.

Much of this is "normal" adolescent development.  But several researchers have found that parents and society may be, unwittingly, fostering an unhealthy style of teen development.

Several researchers have found that "artificial esteem building" may give a false sense of self-confidence.  In turn, this may contribute to an unwarranted high level of pride and arrogance among teens.  American parents think it is important to tell their kids that they are smart, in fact, many parents do it habitually.  But while constant praise is meant to help, some studies strongly suggest it might be the other way around. Giving kids the label of smart when it either is not true or unwarranted does not prevent them from under-performing. It might actually be causing it.

Other researchers have also suggested the same is true about a false sense of self-esteem.  One study compared teens from the 1970s with teens today, and researchers found that today's teens are highly overconfident, more arrogant, and expect more things to be handed to them rather than earning their way. The researchers concluded that the (positive) self-esteem movement may have gone too far and that a "cult" of self-esteem has developed within parenting and teaching by which society is just now seeing the fallout from it.
Executives and job managers have commented on how young, new employees right out of college come in for an entry-level position and they expect to have high salaries and all the perks including a corner office with a view, all the benefits, periodic automatic promotions, and long lunch hours and vacation days. In short, many believe that life is going to be a bed of roses and that the world owes them everything on a silver platter.

Researchers encourage parents to give praise where praise is due, but also to be willing to correct children when they do wrong. Balance between praise and correction and (balanced) discipline better prepares children for the real world. If parents don't utilize consequences when a child doesn't follow through or deliberately breaks the rules, parents are going to create a whole generation of young people who expect the best while putting in the least.  They are going to have a lot of difficulty getting through life.  Others concur that praising for the sake of praising -- one of the tenets of the positive self-esteem movement -- "hurts far more than it helps." It is a recipe for individual and social disaster.

One of the truisms of life is that teens imitate their parents.  If parents swear, teens follow accordingly.  They live what they learn at home.  That's why parental values are so important, they provide a firm guide for teen learning - good or bad, right or wrong.  And if parents are intrinsically angry, if they use profanity, if they are impulsive or disrespectful, then teens will learn that behavior - and very often at even earlier ages.

Born with a Silver Spoon

Teens who are given everything in life without accountability or the value of earning, can also grow up to be demanding, self-absorbent people.  Parents do like to give the best to their children, and often because they want to be the best providers and even give children material things they were denied growing up themselves.  But the question is, should teens have everything? And should they be given the best and most expensive things?  Maybe teens can better learn the value of money by being given a ten dollar pair of sneakers instead of the one-hundred dollar pair.  Maybe too much is really a contaminant.  In some cases less is more.

We all want our children to play nicely with others.  We teach tolerance, patience, diversity, and positive values as guides for life.  But the truth is that teenagers are highly influenced by peers.  And at some point they may develop friendships at school or in other groups or organizations with teens who do not have your family's values, or are in and out of trouble continuously, or are otherwise bad influences on our children.  These friends are toxic and can contaminate teens and foster both bad behavior and even rebelliousness.

The adolescent years can feel like riding a roller coaster. But by maintaining positive and respectful parent-child relationships during this period, your family will survive that ride, and may even be able to enjoy it too.

First, honor their independence and individuality. It is a part of growing into adulthood, but be sure to (repeatedly) remind your child you are there to help when needed.

Second, have conversations with your children - continually.  Talk every day, numerous times each day, about big things and about little things… about what's on their minds and about what's on your mind… about how their day went and about how your day went.  Let them talk at their own pace - encourage but do not push.

Third, show love and patience, followed by more love and patience - and respect.  And yes they will test you… they may be rude and obnoxious to you and everyone around them, and certainly they don't deserve respectful treatment. But continue to treat them with respect despite their behavior, and they will realize that they can do that toward others, and will eventually learn long term just how much wisdom and respect their parents had.

Keep your conversations with your teenager positive.  Yes, point out and celebrate successes - not false ones, but true hopes and accomplishments. Be supportive and have clear limits with reasonable expectations.

Let them know, repeatedly, what high risk situations and behaviors are, and your stance (against) them.  And be sure to role-model, i.e., set a positive example yourself.  That may mean being sure to not smoke, drink, use drugs, use profanity, be social and pro-active, maintain good impulse control yourself, and practice your family religion.

Finally, no parent is perfect, and if you make mistakes one should humbly admit it.  Again, teens learn from our role modeling, and if parents maintain a high degree of pride and deflect due criticism teens will adopt this stance themselves.