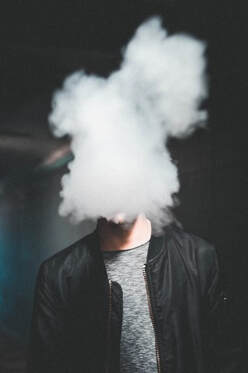 MARIJUANA
All drugs have side effects (unintended effects.) In the world of pharmacology they may be classified as Side Effects (SE), Adverse Effects (AE), and Serious Adverse Effects (SAE). One of the most poorly misunderstood – and poorly appreciated set of findings about marijuana use is the short and long term negative effects (harms) of use.  When people commonly dismiss them as non-existent or negligible they are discounting the basic dynamics of drugs - especially including marijuana.

With marijuana itself, specific Adverse Effects and Serious Adverse Effects are harder to predict as they are idiosyncratic, however, it is not unlikely that a full 50% of the population of users experience one or more Adverse Effects from use including grave and even catastrophic consequences. In one study by the National Household Survey on Drug Abuse (NHSDA), it was reported that among those using marijuana on 12 or more days during the past year: 58 percent of people had one problem that they related to their marijuana use, 41 percent had two problems, and 28 percent had at least three problems that they related to their marijuana use.

Depending upon the potency, age of use, frequency of use, and set and setting of use marijuana has often been found wrought with real and significant adverse side effects, such that no one can ever guarantee the safety of marijuana use.  Virtually every public health organization has advised against the use of marijuana.  The U.S. Surgeon General in his 2016 report on Alcohol, Drugs and Health warned about the wide range of negative physical and mental effects of marijuana.

In “Marijuana – Medical Implications” (Hubbard, Franco, and Onaivi) the authors listed over 65 effects of marijuana including adverse physical effects and adverse neuropsychiatric effects.

And an article published in the international medical journal Lancet, "Drug Harms in the UK: A Multicriteria Decision Analysis", demonstrated that cannabis was the 8th most dangerous drug of 20 street drugs studied, and had negative consequences both to self and others in 15-of-the-16 criteria of harm studied.

Marijuana is a powerful drug.  All drugs have side effects.