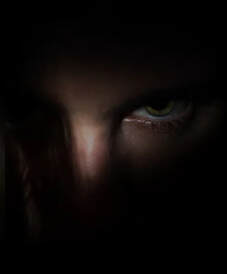 In 1973 a movie was released, the Exorcist, which shook people who watched it to their very core.

Many had to leave. Some viewers had adverse physical reactions, often fainting or vomiting. There were reports of heart attacks and miscarriages. A psychiatric journal even published an article on "cinematic neurosis" triggered by the film. The movie violated the very sensibilities and sensitivities that we, as human beings, have and hold so dear.  To this day people still refuse to watch it, and it remains one of the most iconic horror films of all time.

The problem is, this story was not fiction - it is true.

The movie was about a teenage girl, played by Linda Blair, who was "possessed by a mysterious entity."  The fact is that she was possessed by Satan. After trying psychiatry and numerous roads to get her better, her mother sought the help of two priests to save her daughter.

The book was written by William Peter Blatty and the movie was directed by William Friedkin.  It received a total of 17 award nominations across a variety of screen and movie venue, and had won two Oscars.

The real issue, however, is that the Exorcist is not just a horror story -- it was a very real case and one of the best documented cases of an actual demonic possession and exorcism in history.
The story is based upon a 14 year-old teenager, anonymously known both as "Roland Doe" or "Robbie Mannheim" that had an actual exorcism in 1949.

The priest who performed the exorcism was a Jesuit priest, Fr. William Bowdern.

Doe's family became convinced the boy's aggressive behavior was really a demonic possession and they called upon the services of several Catholic priests, including Bowdern, to perform the Roman Catholic "Rite of Exorcism."  Of course the book changed details of the case, such as the sex and age of the possessed victim to protect anonymity.

While there was some editorial licensing, essentially everything in the film could be verified by those involved - the priests involved in the exorcism, the doctors, the nurses, and especially the family.

Everything was discussed in great detail.  Signs of possession included observing a shaking bed, flying objects, the boy speaking in a guttural voice, speaking Latin, finding the words "evil" and "hell" materialize on his body, finding marks on his face, and exhibiting an aversion to anything sacred. Reports of levitation were noted. Even though the director has said that he does not believe that the "head-spinning" actually occurred, this, too, was noted.

As an aside, in January of 1949 Roland (Robbie) Doe’s aunt died in St. Louis. The grieving boy attempted to contact his beloved aunt using his Ouija Board, and, it was at that time that the strange things began to happen - both at home and at his school.  As many religious note, a Ouija board can open a portal to a darker dimension.  It can be a direct link to the demonic. His parents did have their son examined by medical and psychiatric professionals, but to no avail.  So, they turned to a priest.

Of course in a Hollywood movie production "The Exorcist" would follow a traditional formula for movies would show a series of real tragedies, followed by a successful conclusion.

The reality of this situation, however, is that even after a series of some 30 exorcisms by several different priests the boy was not freed from demonic possession. Satan is real. Satan is strong. And Satan resisted.
The exorcism(s) failed.

So on April 10th, Palm Sunday, the boy was transferred into the nearby Alexian Brothers Hospital, a Catholic hospital, for help and was admitted into the psychiatric wing.

The exorcisms continued, but the devils which possessed Robbie became more violent.  Brother Cornelius brought a statue of Our Lady of Fatima and placed it in the main ground floor corridor as the Blessed Mother is a known adversary of the devil. But even this did not seem to help. Over the next weeks the priests endured unspeakable insults, blasphemies, filthy language and even violence from the devils who possessed the boy.  Robbie even hit one of the priests and broke his nose at one point.

Through this whole time though, Father Bowdern kept thinking about something the devil had uttered in the beginning. “I will not go,” the guttural voice said, “until a certain word is pronounced, and I will not allow this boy to say it.”

During Holy Week of that year, Father Bowdern had great hopes that Our Lord might free Robbie on Easter - the day of His Glorious Resurrection.

On Holy Saturday, Brother Cornelius had a statue of Saint Michael brought to Robbie’s room and placed in the corner. However, Easter Sunday came and went with no change.

But the next morning the absolute extraordinary occurred. Robbie awoke in a rage and in the same foul voice he taunted the priests. “He (Robbie) has to say one more word, one little word, I mean one BIG word. He’ll never say it. I am always in him. I may not have much power always, but I am in him. I will never allow him to say that word.”

Now here is the picture - whenever the evil spirit took over and possesed Robbie, he would always go into what appeared like a seizure. When this happened the boy’s voice turned distinctively cynical, harsh and had a true diabolical tone. Throughout the day, Father Bowdern and his assistants heard this voice repeatedly. That night however something changed. An entirely different voice come forth from Robbie.

A Visit by a Saint

At 10:45 p.m., Robbie became very calm and entered into a trance-like state. However, those in the room were surprised when they heard a completely different voice come from the boy. The voice did not provoke fear and disgust but rather confidence and hope.

In clear and commanding tones a voice said: “Satan! Satan! I am Saint Michael (the Archangel), and I command you, Satan and the other evil spirits, to leave the body in the name of Dominus, immediately. NOW, NOW, NOW!”

Robbie then went into the most violent convulsions of the entire exorcism. Finally, he became calm again and said to those standing around his bed: “He is gone.”

Robbie explained that he saw Saint Michael appear as a very beautiful man with flowing wavy hair that blew in the breeze as he stood in the midst of a brilliant white light. “In his right hand he held a wavy and fiery sword in front of him. With his left hand he pointed down to a pit.”  The boy even described how he felt heat come forth from the pit, yet, he saw the devil laughingly resist Saint Michael.

What happened next clearly showed that the devil was subject to both his angelic nemesis as well as to God Himself in this spiritual battle. Saint Michael turned towards Robbie, gently smiled and then spoke. However, the only word that Robbie heard while in the trance was the one which Satan had sworn he would not allow him to say, Dominus. When he said that one word, Robbie was free at last.

The fight was won upon one word - Dominus, and it is not surprising as Dominus is Latin for "Lord."  Yes, Robbie needed to categorically pronounce and affirm God’s superiority over man - and also over the enemy of man - the spirits of darkness.

So, whatever happened to Roland "Robbie" Doe?  The available accounts seem to say that he reached adulthood without any further incidents and became a well-adjusted, family man. He eventually married and even named his first son Michael after the warrior angel who came to his rescue when needed the most.  One person stated that he took a job working for the government, and most sources agree that Roland Doe remembers nothing of his possession or the subsequent exorcism. In either event he went on to lead a normal life.

Fr. William Bowdern remained the pastor of Saint Francis Xavier until 1956. While it might have seemed that his life also went on as usual, the opposite is true. Relatives say that, until his death in 1983 at the age of 86, this heroic priest suffered mentally and physically - a type of Post Traumatic Stress Disorder - from what he endured during the exorcism.

The case of Robbie Mannheim is merely the continuation of a war that started in the beginning of creation and is but another chapter in the fight between the Angel of Light and his eternal enemy the demon of darkness.

And what about the director, William Friedkin?  The movie "The Exorcist" left such an impression on him that some 45 years later he did a documentary on Exorcism, entitled, "The Devil and Father Amoth."  Before his passing, Father Amoth was the chief exorcist for the Vatican, and himself, had performed thousands of exorcisms.  Friedkin received permission for the documentary and filmed an actual exorcism, and interviewed family members and doctors to discuss the realities of these situations.
While this production was not a horror film or similar to the original production, it was a rational, thoughtful investigation into the realities of exorcism and the spirit of darkness.

The morale of the story?  Realize the truth about the (d)evil in this world and the next, and hold onto the belief of angels guarding us and waiting to come to the aid of the faithful.  Hold dearly onto the faith as one man did who was overheard while leaving the movie theater in 1973, saying, “I believe, I believe!”